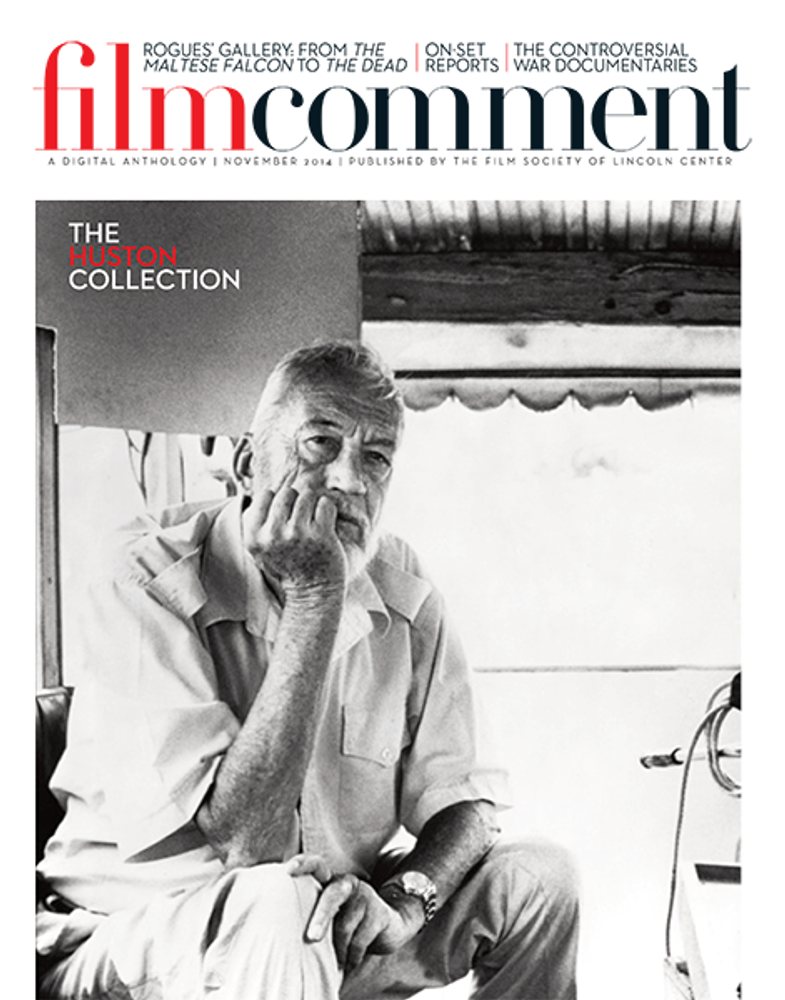 From Sam Spade to Annie, read up on John Huston's rogue-loving films with our 88-page digital anthology. Collecting all of our coverage of Huston, it includes multiple interviews, set visits, and appreciations of his diverse career.

May/June 1973: Howard Koch, the screenwriter of Casablanca, recalls his partnership with Huston

January/February 1976: Gideon Bachmann goes on the set of The Man Who Would be King to interview Huston

March/April 1980: Scott Hammen on Huston's war documentaries Report from the Aleutians, The Battle of San Pietro, and Let There Be Light

January/February 1984: Todd McCarthy reports from the set of Under the Volcano

July/August 1984: Todd McCarthy reveals the road to adapting Under the Volcano through interviews with Huston, producer Wieland Schulz-Keil, and screenwriter Guy Gallo

May/June 1991: Peter Richards on The List of Adrian Messenger