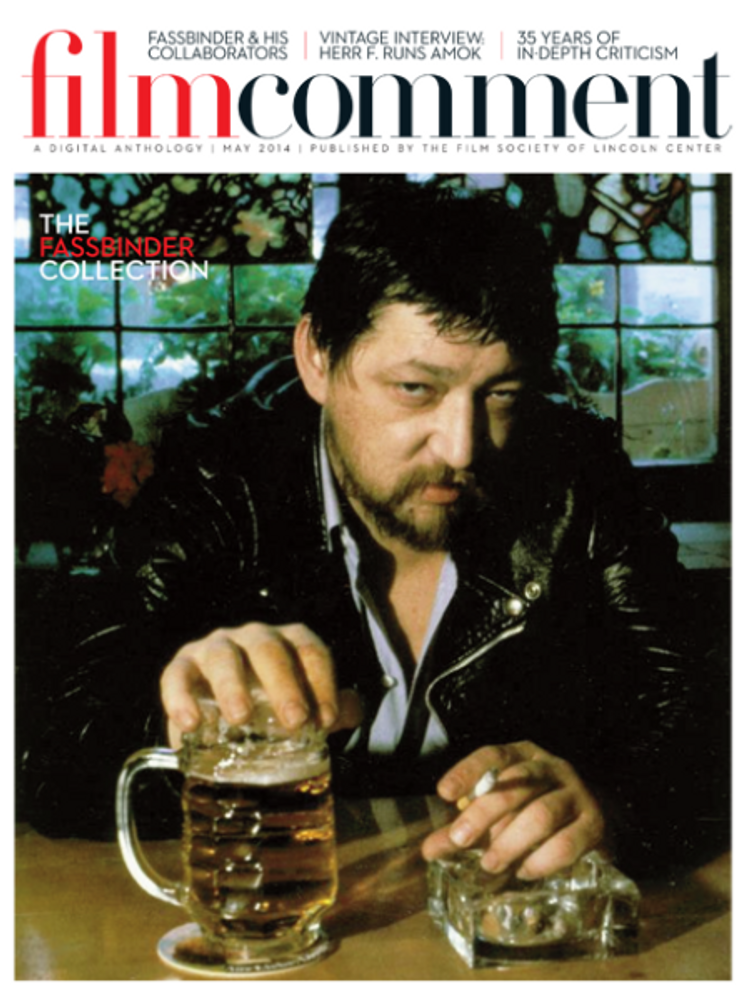 This digital anthology collects 35 years of analysis of Fassbinder's films and profiles of his closest collaborators.

November/December 1975 midsection:
Fassbinder and Andy Warhol by Manny Farber & Patricia Patterson
On Fox and His Friends by Roger Greenspun
On Why Does Herr R. Run Amok? by John Hughes
Interview by John Hughes & Brooks Riley

September/October 1981: On Jail Bait, Martha, I Only Want You to Love Me, Women in New York, and Satan's Brew by George Morris

November/December 2002: On the costumes in The Bitter Tears of Petra von Kant

May/June 2009: On composer Peer Raben, with an emphasis on The Third Generation

May/June 2010: World on a Wire review by Chuck Stephens