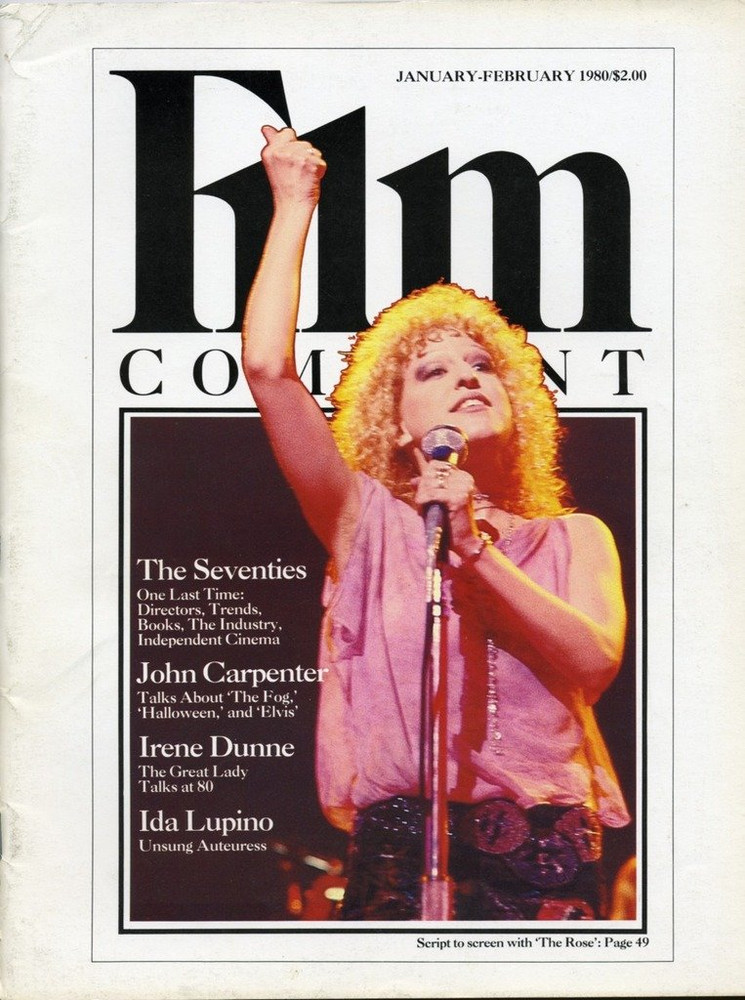 Cover: The Rose by Donald Lyons, and an interview with screenwriter Bill Kerby by Dan Yakir

Irene Dunne by James McCourt, and interviewed by James Harvey

The television family by Daniel Menaker

Midsection — The Seventies: The industry by Stuart Byron

Books: Stars and Gays and Film by Richard Dyer, reviewed by Robin Wood