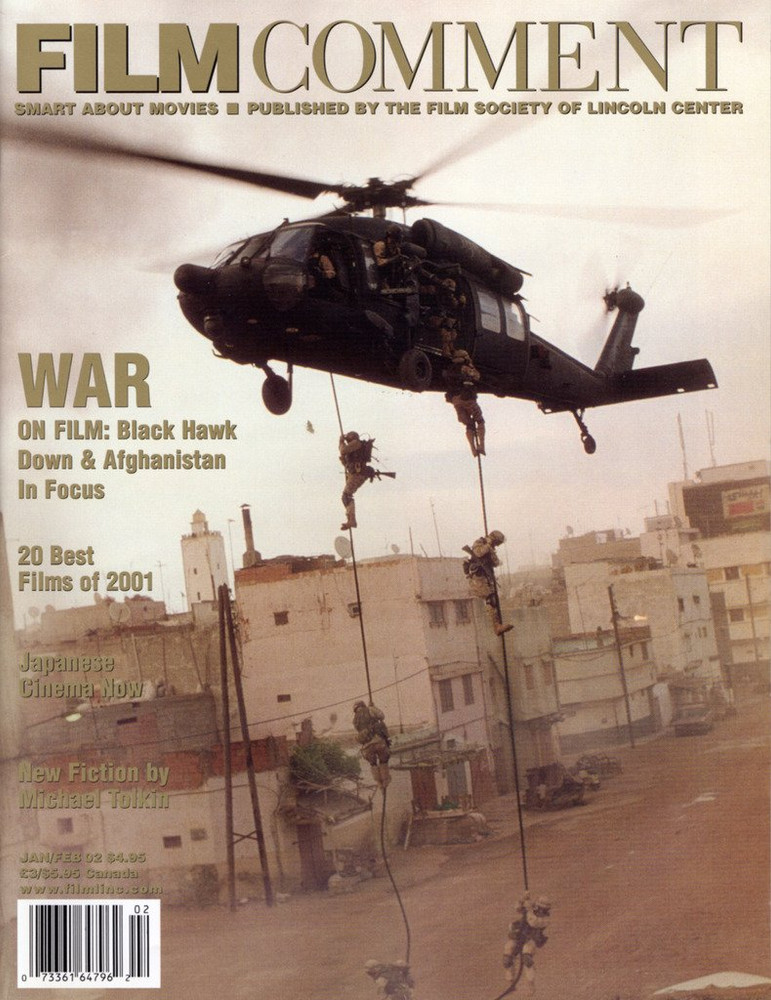 Critics poll of Best Films of Year; 10 Best Lists; Movies that Mattered; “Intern’s Revenge” : naming and shaming the worst pics of the year; Inessential Cinema: a year’s worth of guilty pleasures

Screenings: Storytelling by Jessica Winter, Monsoon Wedding by David Chute, Lord of the Rings: The Fellowship of the Ring by Neil Golden, Lantana by Adrian Martin, Cotton Candy by Paul Arthur, What Time Is it There? by Kristin M. Jones