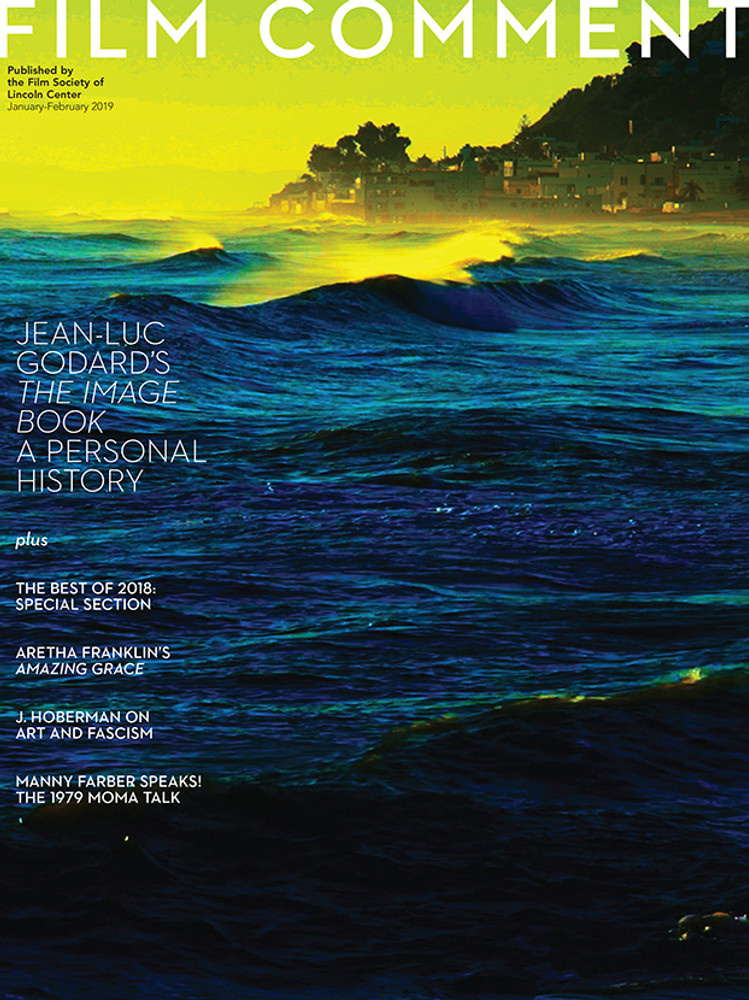 The Image Book
Interview and essay by Amy Taubin
Essay by Daniel Morgan
All you need to know about Jean-Luc Godard’s latest late-career masterpiece, including secrets from the reclusive auteur’s cinematographer-collaborator Fabrice Aragno

La Flor
By Dennis Lim, Ela Bittencourt, Andréa Picard, and Matías Piñeiro
There are so many entry points to Argentine filmmaker Mariano Llinás’s festival-rocking, serially adventurous epic, but here are four to start

The End: The Films of 2018
• The best films of the year, with arguments for each by the magazine’s contributors
• Top 20 Unreleased Films, Personal Bests, and Editors’ Picks
• Two takes on the state we are in, by Nicolas Rapold and Michael Koresky

Republic Pictures
By Imogen Sara Smith
The A-house of the B-movies, the legendary Hollywood studio became its own realm of Americana and cut-to-the-chase satisfaction

Triumph of the Will
By J. Hoberman
Who is truly responsible for elevating Leni Riefenstahl’s infamous paean to Hitler into the realm of essential cinema?

THE PRE-SHOW | News, views, conversations, and other things to get worked up about
News, Inspired: Christian Petzold on Transit, Release Me: Bettina Perut and Iván Osnovikoff’s Los Reyes by Nicolas Rapold, Peevish, Directions: Bruno Delbonnel by Yonca Talu, Restoration Row: Doris Wishman’s Nude on the Moon by Max Nelson

MAKE IT REAL | The wide, wide world of cinematic nonfiction
The best documentary scenes of 2018 by Eric Hynes

FINEST HOUR | One actor, one performance
Maren Eggert in Marseille by Azadeh Jafari