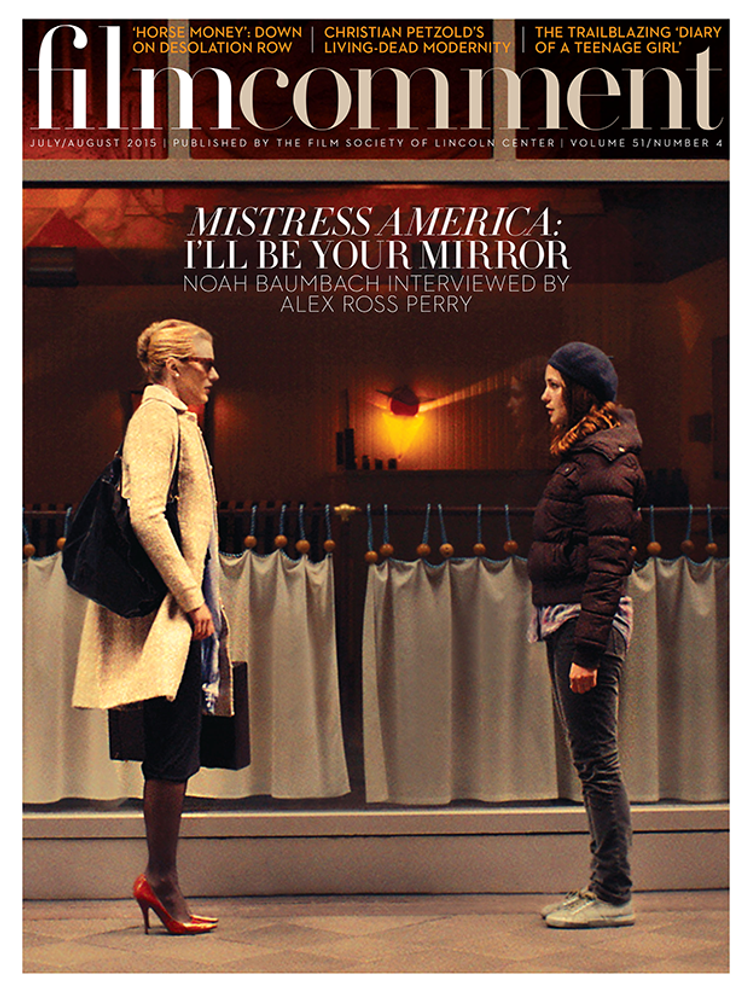 Matías Piñeiro’s In the Moment: Marie Rivière in The Aviator’s Wife

Sound: The Decline of Western Civilization by Chuck Stephens

Vision: “China Through the Looking Glass” by Aliza Ma

A Face in the Crowd: Charles Napier by Chuck Stephens

Screenings: Inside Out by Michael Sragow, Irrational Man by Jonathan Romney, Court by Adam Kuruvilla Lelyveld, The End of the Tour by Steven Mears