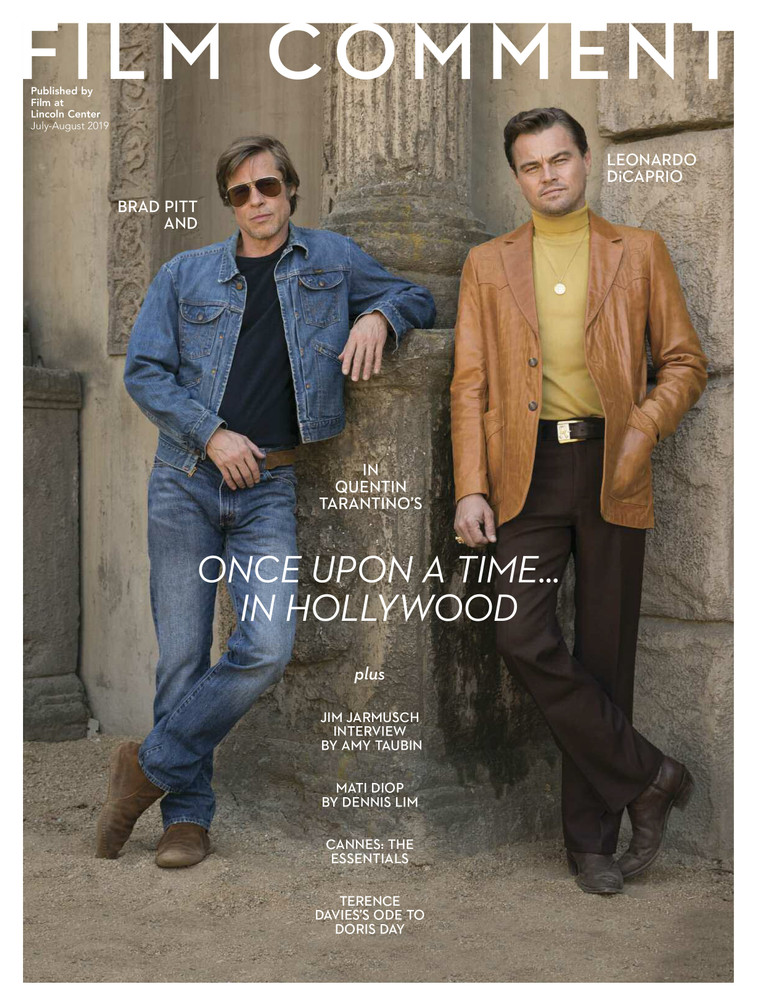 Once Upon a Time... in Hollywood
By Nicolas Rapold
Quentin Tarantino turns the clock back 50 years to Los Angeles on the eve of the Manson murders in his tender, extended memory piece. Plus: Howard Hampton on the TV-actor universe of Brad Pitt and Leonardo DiCaprio’s characters

Synonyms
By Yonca Talu
An Israeli man settles in Paris and experiences dislocation and marginalization in Nadav Lapid’s latest visceral entry in his cinema of ambivalent alienation. Plus: an interview with the director by Jordan Cronk

United Artists at 100
By Nick Pinkerton
The centennial of the storied Hollywood studio is occasion to ponder whether freedom is just another word for nothing left to lose in American cinema. Plus: Monica Castillo recalls a company that sought independence for film artists of color

Ossie Davis and Ruby Dee
By Shonni Enelow
The trailblazing partners in life, activism, and the American stage brought their particular skills and cultural legacy to bear on Spike Lee’s Do the Right Thing, celebrating its 30th anniversary this summer

Nelly Kaplan
By Nellie Killian
One of the most overlooked French filmmakers of the ’60s and ’70s (and beyond) made mercurial, unapologetically screwball portraits of self-possessed women that take no prisoners

THE PRE-SHOW | News, views, conversations, and other things to get worked up about
News, Inspired: Ari Aster on Midsommar, Release Me: Kleber Mendonça Filho and Juliano Dornelle’s Bacurau by Ela Bittencourt, Directions: Corneliu Porumboiu by Jordan Cronk, Restoration Row: Youssef Chahine’s Cairo Station and The Land by Max Nelson

ART AND CRAFT | Filmmaking according to the makers
Makeup FX artist and creature sculptor Norman Cabrera, as told to Kelli Weston