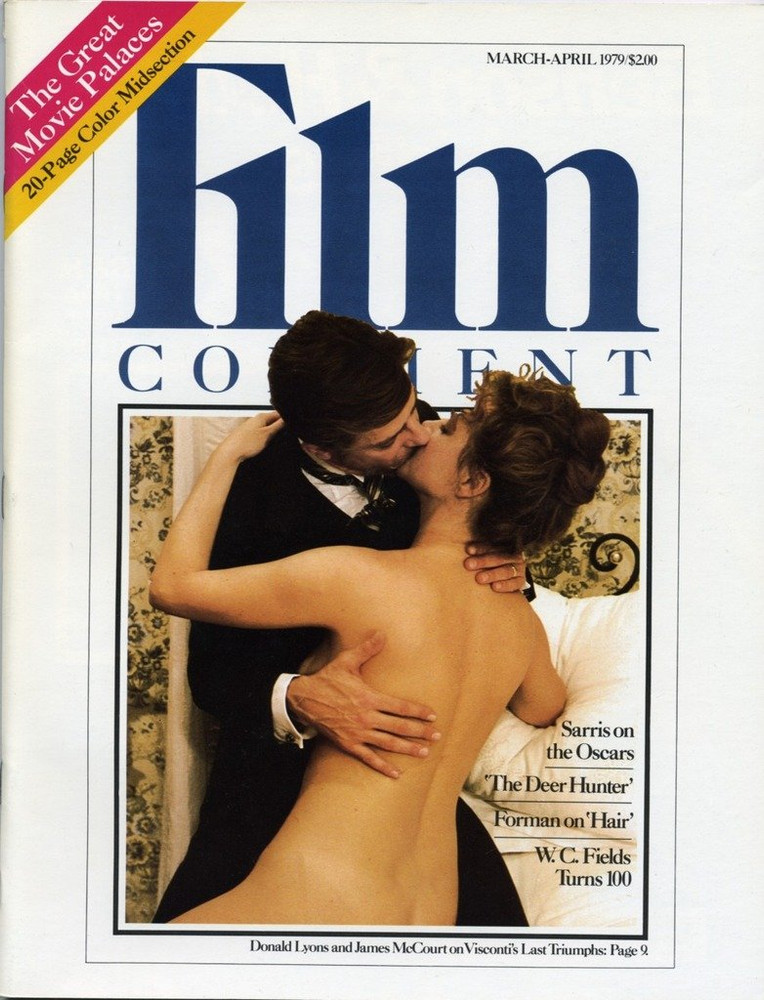 Cover: Visconti's Innocence by James McCourt, and a career overview by Donald Lyons

Features: The Academy Awards by Andrew Sarris, with critics picks for the year's race

Jean Renoir as a teacher by John Bragin

Documentary and the Flaherty myth by Amos Vogel