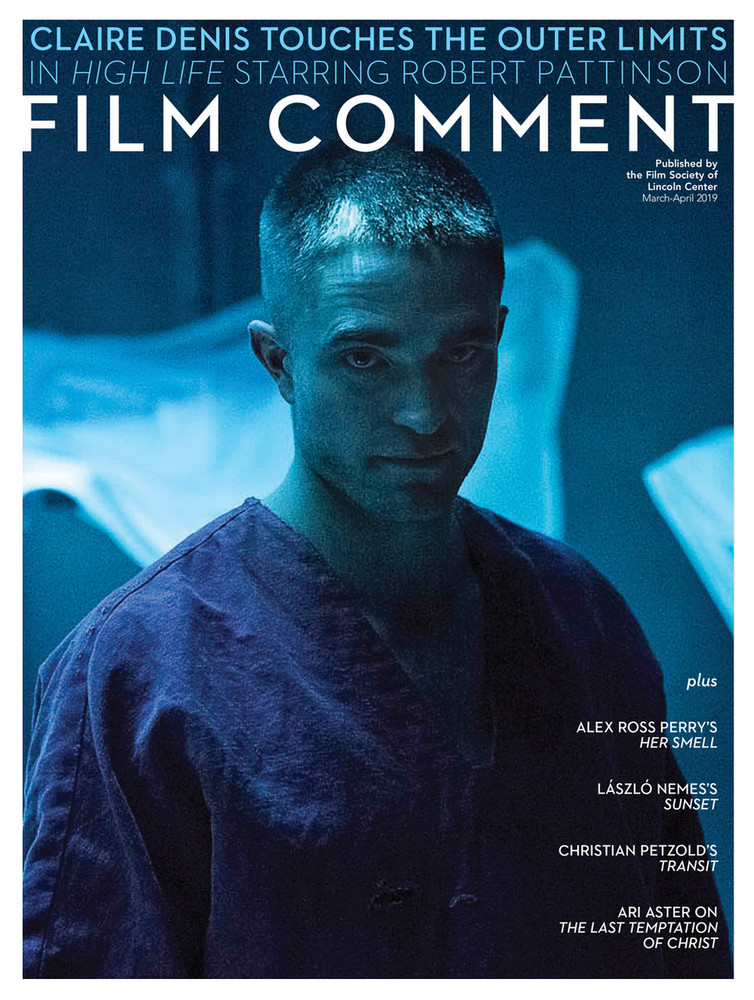 High Life
By Nick Pinkerton
Claire Denis goes beyond the infinite in one of her most daring gambits, a space journey where the darkness lies within

World of Dau
Feature and interview by Jonathan Romney
A movie is so much more than a movie in Ilya Khrzhanovsky’s multi-multimedia film-art installation in Paris, which encloses the visitor in a self-contained universe

Sunset
By Madeline Whittle
László Nemes, the Oscar-winning director of Son of Saul, sends viewers spiraling through the labyrinth of pre–World War I Budapest

Transit
By Imogen Sara Smith
Christian Petzold returns with another evocation of people on the verge, refugees stuck between countries—and between the present and the past

An Elephant Sitting Still
By Aliza Ma
Ambitious beyond measure, Hu Bo’s epic first feature (and, sadly, also his last) is a monumental tale of misery set in modern-day China

The Gay History of Films and Filming
By Michael Koresky
In-depth articles, reviews, and interviews provided the beard for the hidden (and sometimes not-so-hidden) queer messages of the classic British cult film magazine

THE PRE-SHOW | News, views, conversations, and other things to get worked up about
News, Inspired: Kent Jones on Diane, Release Me: Roberto Minervini’s What You Gonna Do When the World’s on Fire? by Nicolas Rapold, Peevish, Directions: Bi Gan by Jordan Cronk, Restoration Row: Safi Faye's Fad’jal by Max Nelson

FINEST HOUR | One actor, one performance
Fredi Washington in The Love Wanga by Kelli Weston