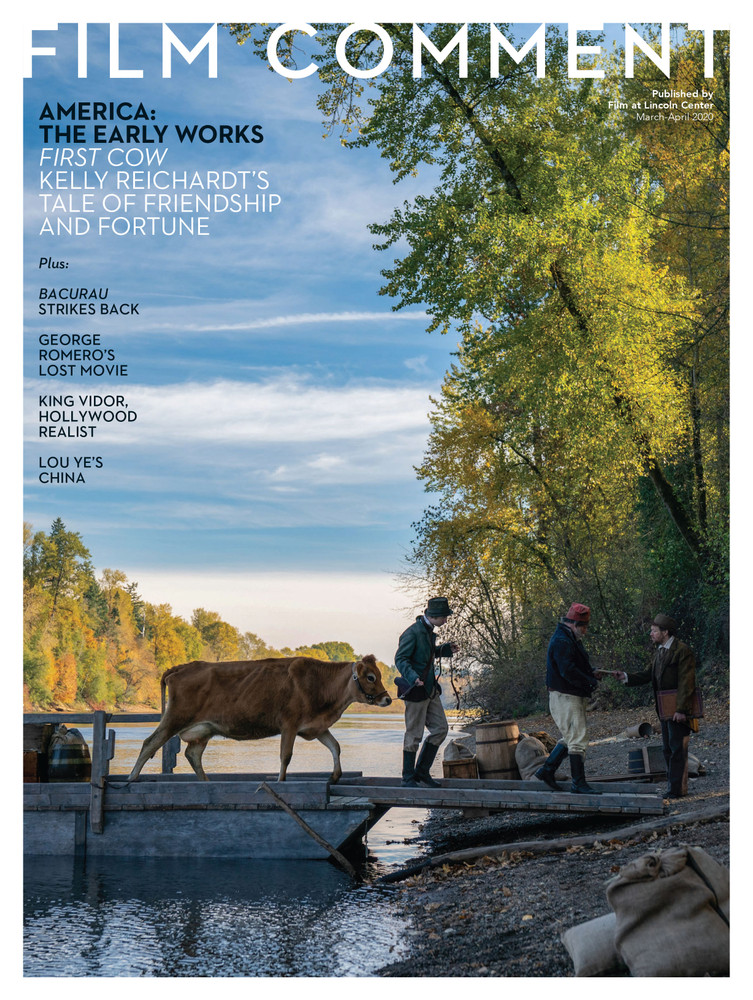 First Cow
By Clinton Krute
Kelly Reichardt returns to the Pacific Northwest with a delicate yet sharply drawn rumination on friendship and fortune-seeking in the old, weird America.
Plus: an interview with Reichardt by Haden Guest

King Vidor
By Nick Pinkerton
Portraying invigoratingly different ideas of America, industry, and individualism, the Hollywood auteur of The Crowd and The Fountainhead made maximalist films while remaining a master of the small moment.

Heimat Is a Space in Time
By J. Hoberman
Through the story of a German family in the 20th century, Thomas Heise illuminates a personal and historical past with the dramatic urgency of letters and the grim ironies of hindsight.

On the So-Called Inevitable
By Michael Koresky
Have no fear: despite the ritual predictions of its imminent demise, cinema still holds its great promise as an art form—as long as we stand firm as its steadfast champions.

FINEST HOUR | One actor, one performance
Isabelle Huppert in Loulou by Julien Allen

ART AND CRAFT | Filmmaking according to the makers
Costume designer Ruth E. Carter by Christina Newland

CURRENTS | New and important work plucked from festivals and elsewhere
Lemohang Jeremiah Mosese's This Is Not a Burial, It's a Resurrection and Arun Karthick's Nasir by Devika Girish, Nuria Gimenéz's My Mexican Bretzel and Juan Mónaco Cagni's Offering by Jordan Cronk, Yonah Lewis & Calvin Thomas' White Lie by José Teodoro, and Iryna Tsilyk's The Earth Is Blue as an Orange by Nicolas Rapold