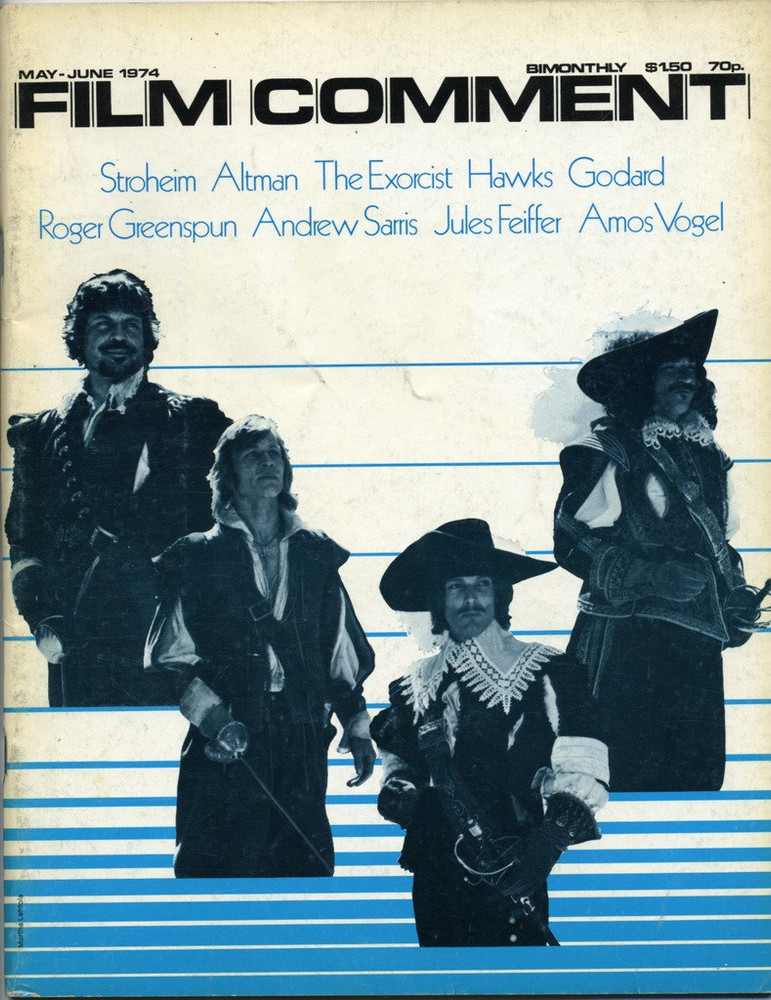 New Yorker Theatre in memoriam by Roger Greenspun, with program notes by Andrew

The Exorcist by Stephen Farber and Stuart Byron

Theater and film by Graham Petrie