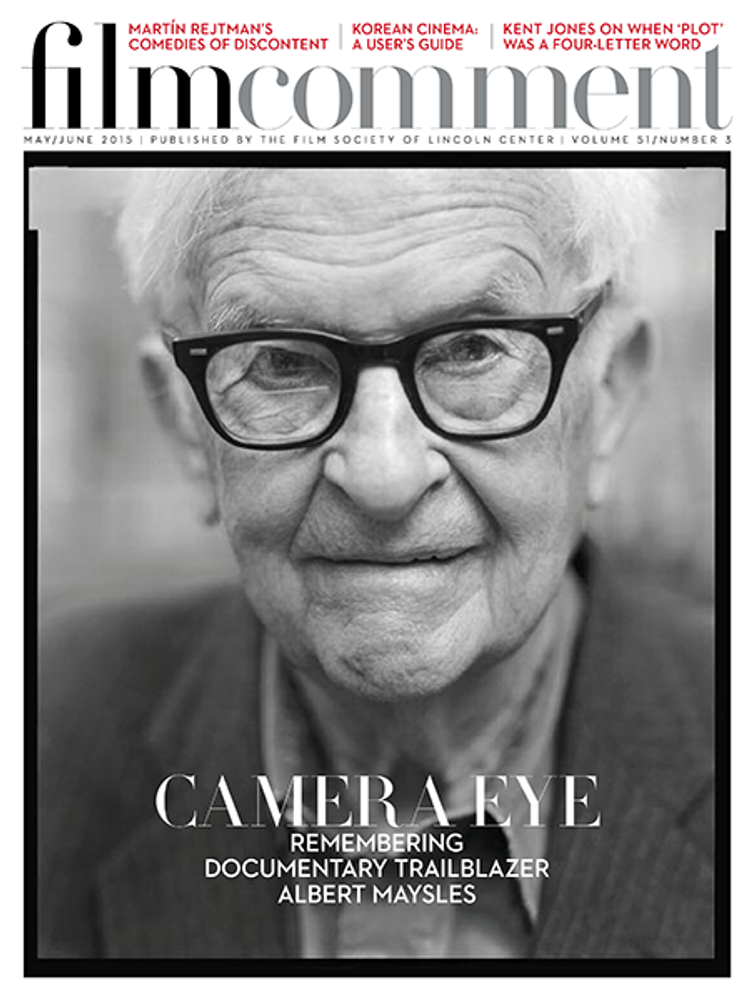 Features: Martín Rejtman by Quintín
In defense of storytelling by Kent Jones

Site Specifics: Art of the Guillotine by Violet Lucca

A Face In the Crowd: Hope Emerson by Chuck Stephens

Short Takes: Good Kill by Nicolas Rapold, In the Name of My Daughter by Steven Mears, A Pigeon Sat on a Branch Reflecting on Existence by Matt Connolly, Reality by Violet Lucca, The Tribe by Eric Hynes, The Wolfpack by Nicolas Rapold