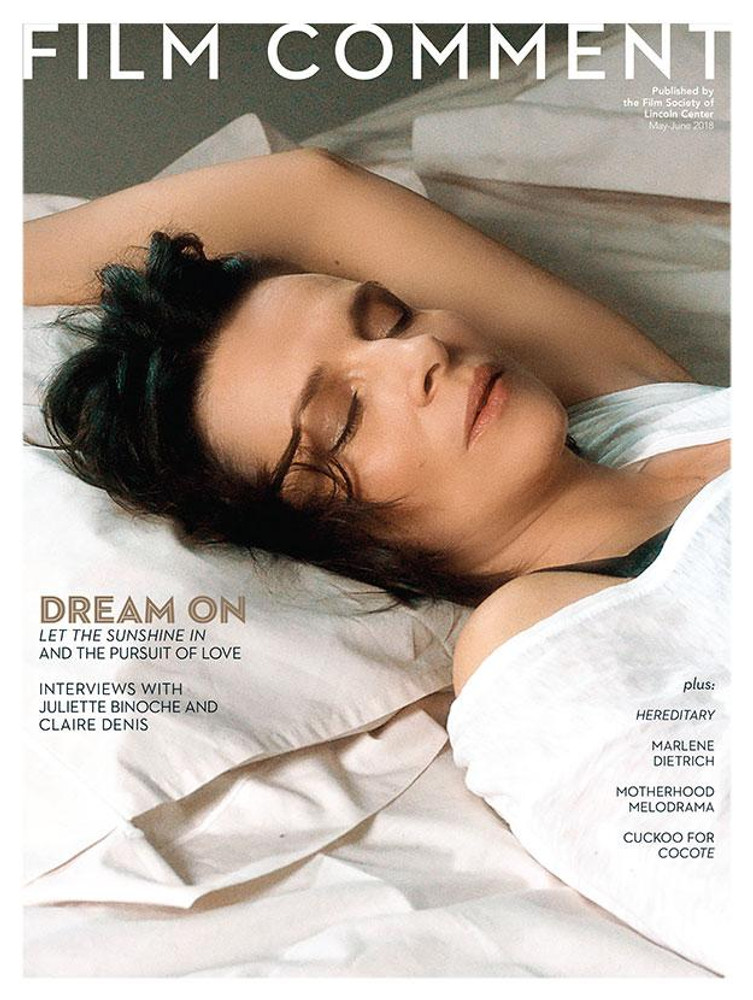 Let the Sunshine In
By Andrew Chan
Juliette Binoche gets real in Claire Denis’s exquisite yet pragmatic reverie on obstructed romance
Plus: Interviews with Denis and Binoche by Yonca Talu

Hereditary
By Michael Koresky
Old demons put a family through the ringer in the scrupulously detailed, horrifically effective debut feature from Ari Aster (who’s on hand to elaborate)

Marlene Dietrich
By Teo Bugbee
The Hollywood legend may have worked closely with many of the greatest directors of all time, but she ultimately only answered to one woman

Le Cinéma du Glut
By Nick Pinkerton
Everything all of the time is more than just a reality of the contemporary age—it’s become an aesthetic, from Hollywood hits like Ready Player One to visual avant-gardists like Cory Arcangel

Maternal Melodrama
By Shonni Enelow
The power of the enduring genre has often relied on the sacrifices and terrors of motherhood. A critic and new mother reflects

THE PRE-SHOW | News, views, conversations, and other things to get worked up about
News, Inspired: Boots Riley on Sorry to Bother You, Release Me: Ana Urushadze’s Scary Mother by Nicolas Rapold, Directions: Isabelle Huppert by Nicolas Rapold, Restoration Row: Fridrikh Ermler’s Fragment of an Empire by Max Nelson, and more

MAKE IT REAL | The wide, wide world of cinematic nonfiction
The minimalist image by Eric Hynes

FINEST HOUR | One actor, one performance
Tsai Chin in The Joy Luck Club by Andrew Chan