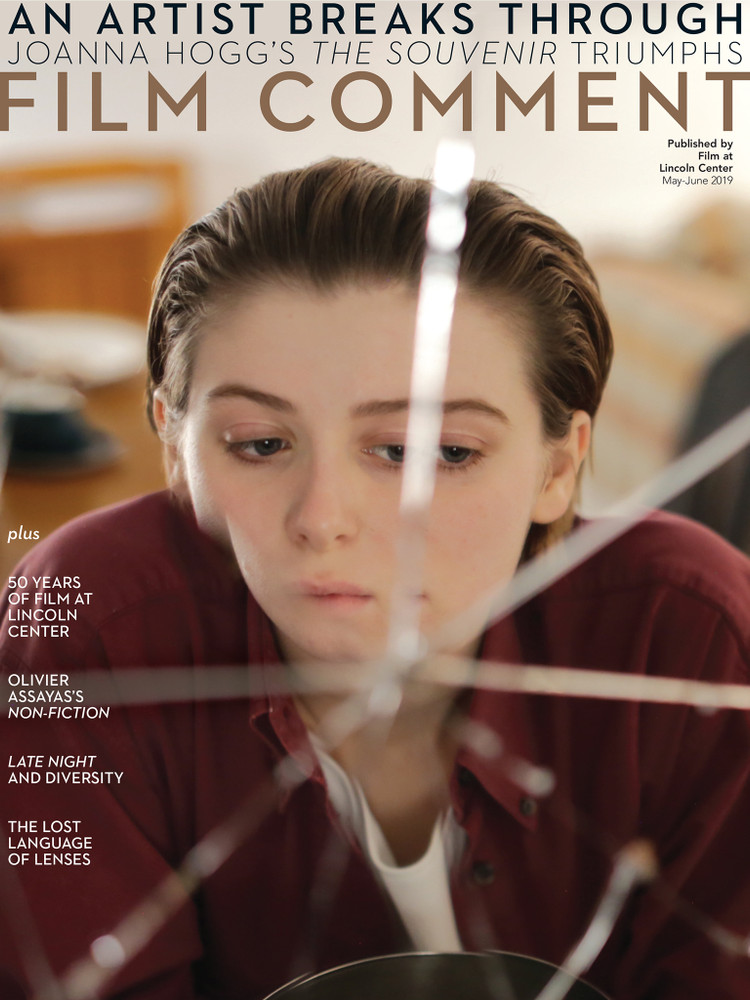 The Souvenir
By Sheila O’Malley
In Joanna Hogg’s exquisite breakout, a film student’s unsentimental education in 1980s England becomes a rigorous work of elusive psychological portraiture. Plus: an interview with Hogg by Nicolas Rapold

50 Years of Film at Lincoln Center
The world-famous film organization—and longtime publisher of this magazine—celebrates its golden anniversary and brand-new moniker this year. We reminisce with the words of subversive pioneer Amos Vogel and selections from series past by a handful of Film Comment contributors

Becoming Us: The Violence of Assimilation
By Soraya Nadia McDonald
Jordan Peele’s latest cultural touchstone, Us, plumbs the depths of the fractured American experience, but is there hope within its horrors?

Asako I & II
By Andrew Chan
Japan’s most excitingly unpredictable filmmaker, Ryusuke Hamaguchi, takes a left turn into pop melodrama with his shimmering tale of doubled love and folly

Cinema Optics
By Nick Pinkerton
Everything you see in a movie goes through and is transformed by the properties of the lens—that enduring analog hero of filmmaking, and perhaps its most woefully misunderstood component

THE PRE-SHOW | News, views, conversations, and other things to get worked up about
News, Inspired: Pedro Almodóvar on Pain and Glory, Release Me: Lucio Castro’s End of the Century by Jordan Cronk, Directions: Tsai Ming-liang by Jonathan Romney, Restoration Row: Márta Mészáros’s Adoption and The Two of Them by Max Nelson

ART AND CRAFT | Filmmaking according to the makers
Editor Galut Alarcón on Raúl Ruiz’s The Wandering Soap Opera, as told to Manu Yáñez Murillo

FINEST HOUR | One actor, one perfo