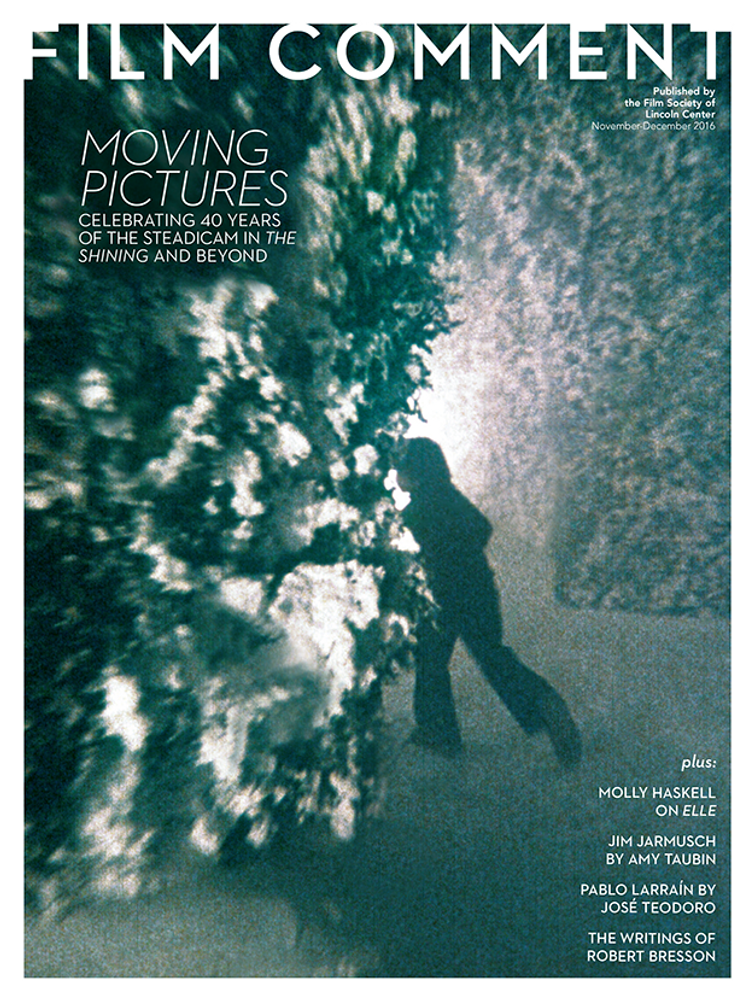 Steadicam I: Interview
By John Bailey
Garrett Brown, inventor of the body rig that changed the way we see movies—and maybe our world—walks the veteran cinematographer through its legacy

Steadicam II: Essay
By Eric Hynes
It’s not just about smooth moves: from Goodfellas to Boogie Nights to Before Sunset, the device has proven a versatile tool for expressing states of being

Jim Jarmusch on Paterson
By Amy Taubin
Routine matters: the filmmaker reflects on his tale of a bus driver poet and on finding the lyrical in the everyday

Gay Film Today
By Mark Harris
More Americans are in support of gay rights than ever before. So why are representations of gay characters in contemporary cinema at a withering low?

Poetry and Cinema
By Andrew Chan
Movies are often called poetic, but what does that really mean? Three new films about poets present new readings

THE PRE-SHOW | News, views, conversations, and other things to get worked up about
News, Inspired: James Gray on The Lost City of Z, Release Me: Julia Ducournau’s Raw by Nicolas Rapold, Directions: Warren Beatty by Nicolas Rapold, Restoration Row: Albert Lewin’s The Living Idol by Max Nelson, and Peevish