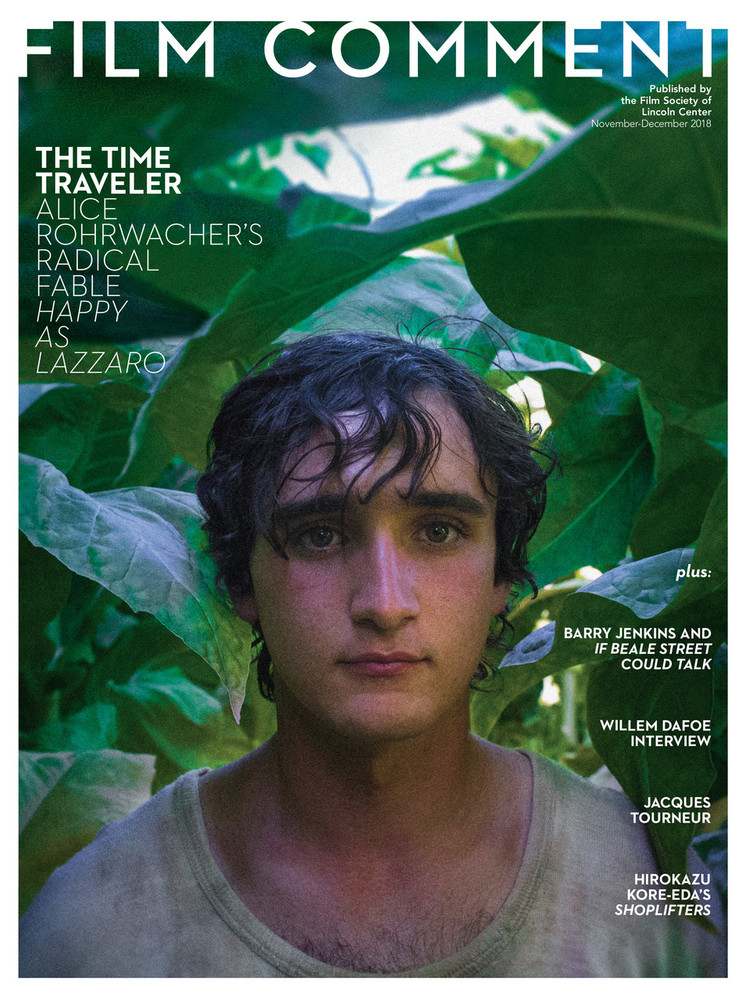 Happy as Lazzaro
By Manu Yáñez Murillo
Alice Rohrwacher bends, breaks, and rewrites the rules in her time-denying, gently political films, and her new movie is her most splendidly nonconformist saga yet

Willem Dafoe
By Amy Taubin
On the occasion of his aching performance as Vincent van Gogh in At Eternity’s Gate, the actor looks back on a career of inhabiting wildly different creatures

Leigh Ledare
By Eric Hynes
Who are we? Why are we here? Rarely have these questions felt so literal as in the purposefully frustrating new documentary The Task. Its elusive director tries to (not) respond

Belmondo vs. Delon
By Julien Allen
The symbiotic love-hate relationship of two French icons over the decades has made them inseparable, even in each other’s eyes

Jacques Tourneur
By Nick Pinkerton
Though the Cat People director is remembered for cloaking his cinema in exquisite shadow, his career was about more than night

THE PRE-SHOW | News, views, conversations, and other things to get worked up about
News, Inspired: Barry Jenkins on If Beale Street Could Talk, Release Me: Beatriz Seigner’s Los Silencios by Nicolas Rapold, Peevish, Directions: Claude Lanzmann by Eric Hynes, Restoration Row: Tomu Uchida’s The Mad Fox aka Love, They Name Be Sorrow by Max Nelson

MAKE IT REAL | The wide, wide world of cinematic nonfiction
Doc giants take on the world’s giants by Eric Hynes

SCARE TACTICS | The pleasures of cinematic horror
Suspiria vs. Suspiria by Maitland McDonagh

THE BIG SCREEN | Reviews of notable new films opening in theaters (hopefully near you)
Lead Reviews: The Other Side of the Wind by Nick Pinkerton, The Favourite by Molly Haskell, Tyrel by Christina Newland, Border by Devika Girish, Cold War by Ela Bittencourt

READINGS | Books about all aspects of filmmaking and film culture
Rod Serling: His Life, Work, and Imagination by Nicholas Parisi, reviewed by Glenn Kenny; Seduction: Sex, Lies, and Stardom in Howard Hughes’s Hollywood by Karina Longworth, reviewed by Carrie Rickey; Auteur Theory and My Son John by James Morrison, reviewed by Nick Pinkerton