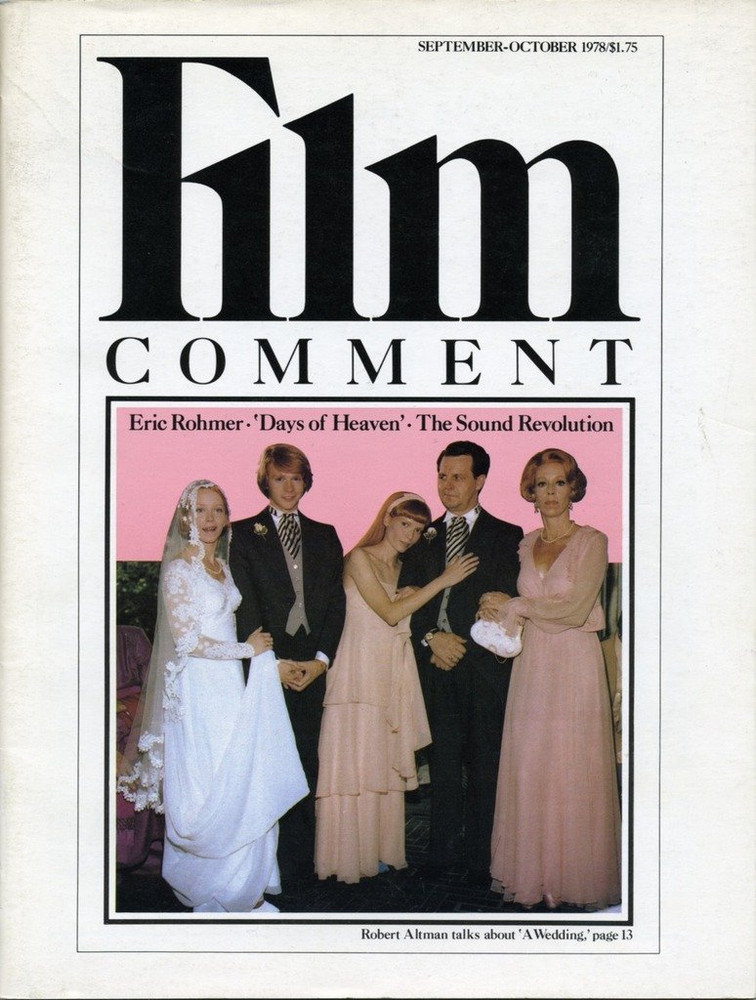 Cover: A Wedding by Jonathan Rosenbaum, and Robert Altman interviewed by Charles Michener

Raymond Bernard 's The Miracle of the Wolves by Elliot Stein

The New Melodrama by David Ehrenstein

Thinking and writing about sound by Jonathan Rosenbaum

Sound in Hitchcock's The Birds