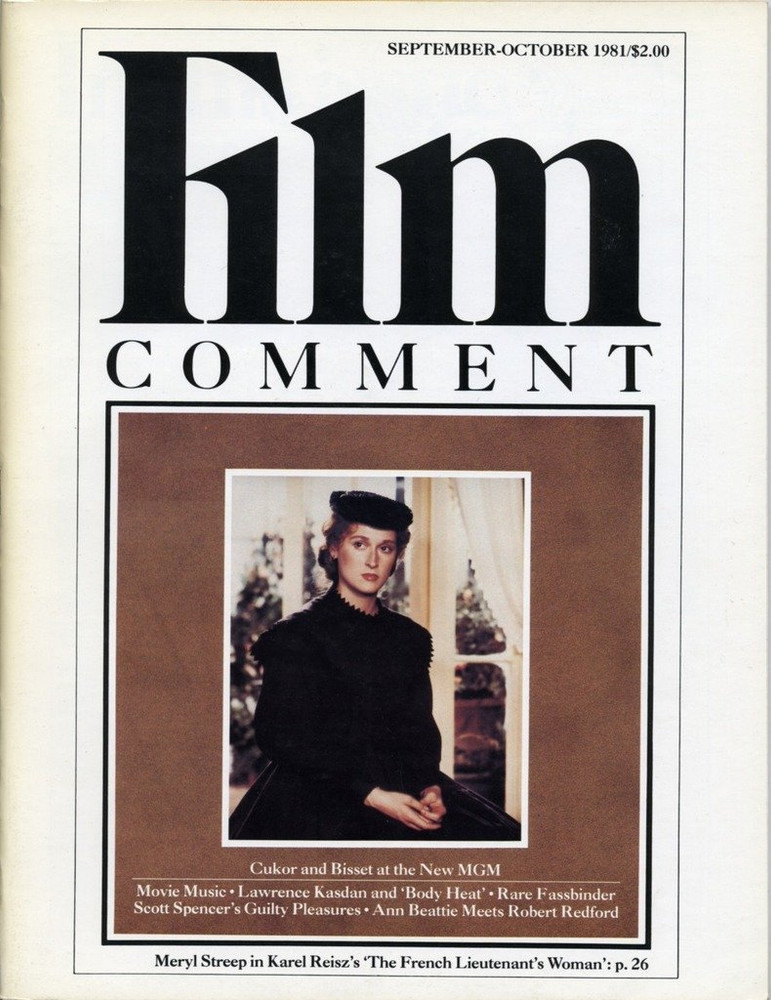 Cover: The French Lieutenant's Woman by Harlan Kennedy, and an interview with director Karel Reisz

Books: The Celluloid Closet: Homosexuality in the Movies by Vito Russo, reviewed by David Chute