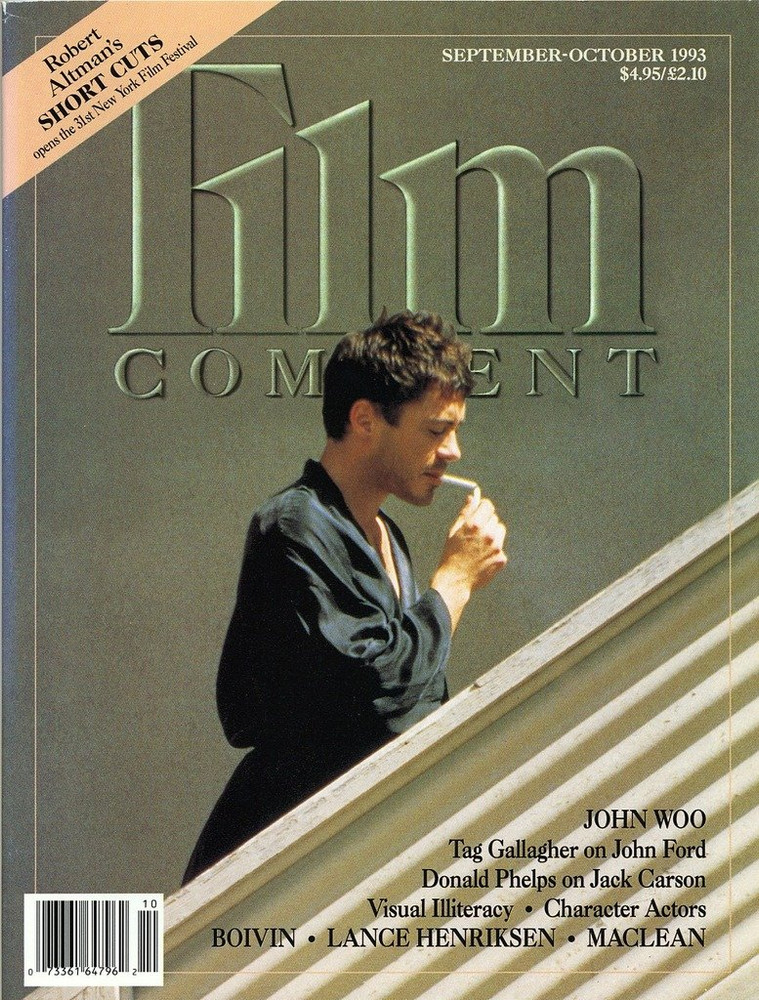 DYING IN MOVIES
By David Thomson
Lighting up the death hound

JACK CARSON
By Donald Phelps
He was Smilin’ Jack long before Nicholson, an exquisite detail artist, and a walking definition of American bluster

SHORT CUTS
By Buck Henry
Notes and snapshots from the shoot of the new Altman, and the business of improvising Altmanian dialogue
Plus: an appreciation of the film by Gavin Smith and a report on the (un)availability of key Altman titles by F. Anthony Macklin

LANCE HENRIKSEN
Interview by Gavin Smith
Interview with the vampire—and the android, and the Grand Inquisitor, and the chief villain of Woo’s Hard Target

VISIONS OF LIGHT
By Donald Lyons
In praise of American cinematography