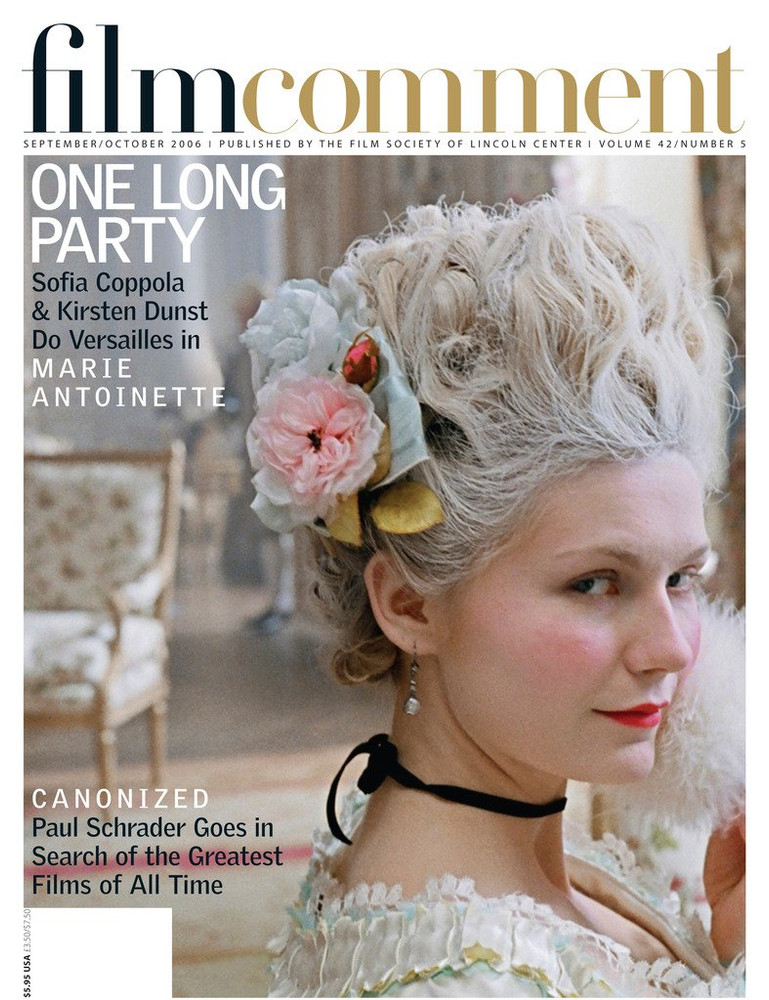 Features: Kirsten Dunst by Melissa Anderson
The Film Canon by Paul Schrader
Kelly Reichardt’s Old Joy by Dave Kehr
Warhol by Way of Cronenberg by Amy Taubin
When Critics Attack, the Director of I Am a Sex Addict Bites Back by Caveh Zahedi
Miklós Jancsó by J. Hoberman

Channels: The Hill by Nicolas Rapold

Art of the Real: Paul Arthur on Iraq War Docs

Readings: David Thompson on What Ever Happened to Orson Welles?: A Portrait of an Independent Career