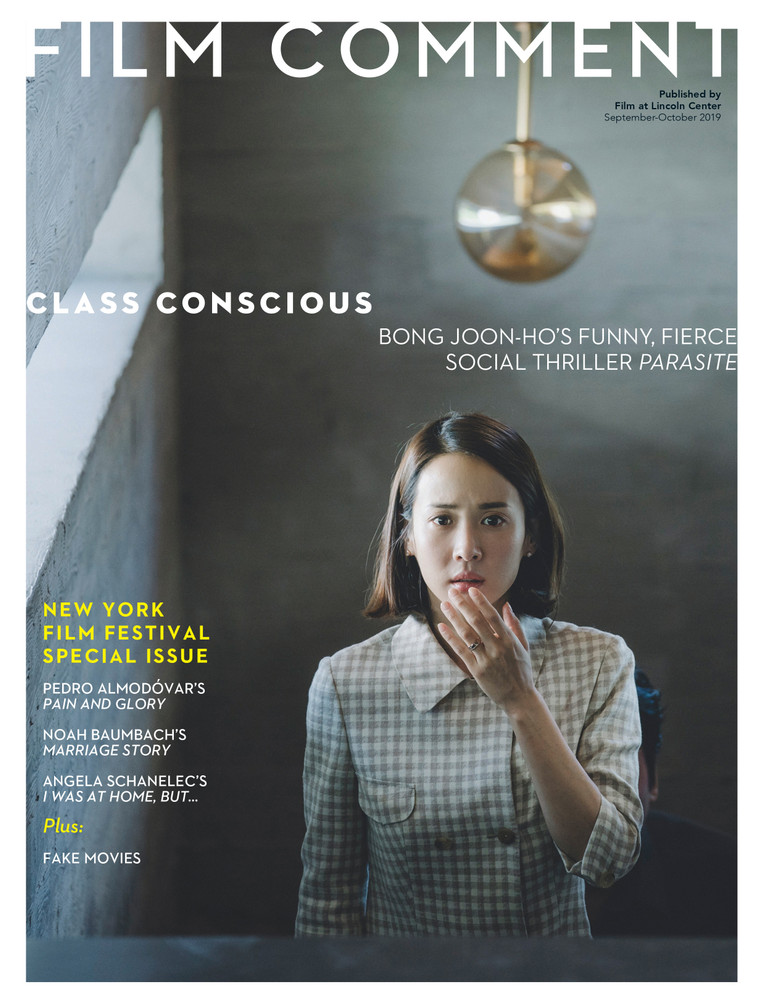 Pain and Glory
By Michael Koresky
Pedro Almodóvar plumbs the depths of his own past and looks to possible futures in his wonderfully queer testament to the creative urge. Plus: Almodóvar writes about his reading habits

I Was at Home, But...
By Jonathan Romney
The oblique films of German director Angela Schanelec contain multitudes of riches and pent-up emotion if you peek beneath the static surface­—her latest included

Marriage Story
By Nicolas Rapold and Sheila O’Malley
Noah Baumbach spares no painful detail in his intimate account of a divorce and the hapless pair trying to navigate it. Plus: a career-spanning look at Baumbach’s genius for neurotic regret

The Whistlers
By José Teodoro
Romanian director Corneliu Porumboiu tries a different tune in his latest, which finds him jaunting off to the Canary Islands for a delightfully convoluted neo-noir

School of Film
By Chris Wisniewski
The landscape of film art education has shifted drastically in the last decade, paving new roads for future generations of young people who dream of wielding a camera

THE PRE-SHOW | News, views, conversations, and other things to get worked up about
News, Inspired: Rodrigo Prieto on The Irishman, Release Me: Justine Triet's Sibyl by Nicolas Rapold, Directions: Diao Yinan by Wang Muyan, Restoration Row: Ula Stöckl’s The Cat Has Nine Lives by Max Nelson

ART AND CRAFT | Filmmaking according to the makers
On managing your digital image after death, by Daniel Witkin

OFF THE PAGE | The art of getting from book to screen
Bernice Bobs Her Hair and F. Scott Fitzgerald by Justin Stewart

IN MEMORIAM | Remembering the cinéastes who have passed on
John Singleton by Craigh Barboza, Rip Torn by Nick Pinkerton

THE BIG SCREEN | Reviews of notable new films opening in theaters (hopefully near you)
The Lighthouse by José Teodoro, Monos by Devika Girish, Genesis by Abby Sun, Tigers Are Not Afraid by Chloe Lizotte

READINGS | Books about all aspects of filmmaking and film culture
Luis Buñuel: A Life in Letters edited by Jo Evans and Breixo Viejo, reviewed by Manu Yáñez Murillo; The Art and Craft of TV Directing: Conversations with Episodic Television Directors by Jim Hemphill, reviewed by Bruce Bennett; Chromatic Modernity: Color, Cinema, and Media of the 1920s by Sarah Street and Joshua Yumibe, reviewed by Oya Haznedar