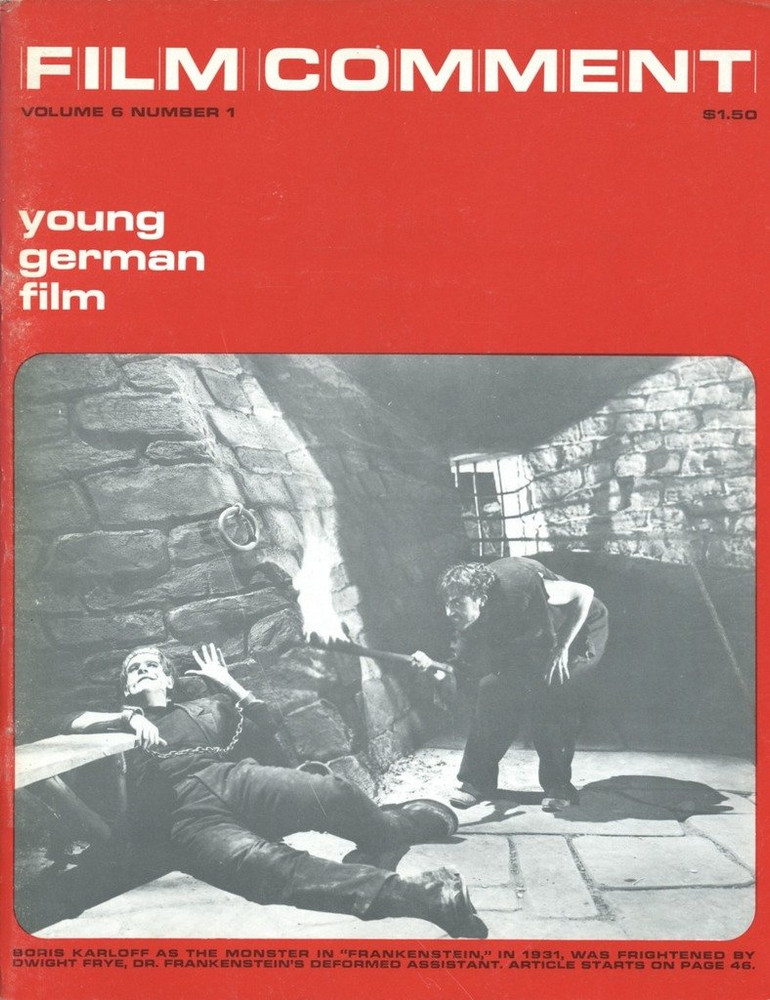 Books: The Picture Palace and Other Buildings for the Movies by Dennis Sharp, reviewed by Eugene Ferraro; Dames and The Heavies by Ian and Elisabeth Cameron, Fritz Lang in America by Peter Bogdanovich, Ingmar Bergman by Robin Wood, and Antonioni by Ian Cameron and Robin Wood, reviewed by Donald Staples; A New Pictorial History of the Talkies by Daniel Blum and The Emergence of Film Art by Lewis Jacobs, reviewed by Herman G. Weinberg