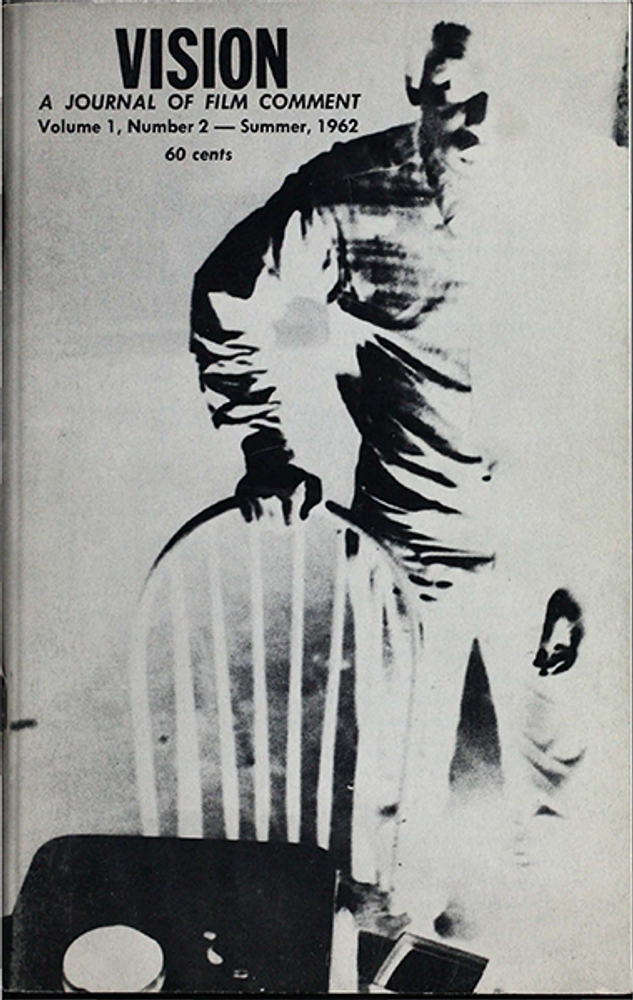 The Film Festival at Karlovy Vary by Edith Laurie

Back to the Greeks by Harry Feldman

Towards an Abstract Cinema? Not Yet by John Craddock

An Interview with José Luis Font by Jon Katz

Demonstration and Discussion by Maxine Haleff

The Films of Mary Ellen Bute:

Actuality and Abstraction by Mary Batten

The Defa Studio for Animated Films by Stewart Wilensky

Stereotypes of Negroes in Film by Robert Williams

Whither the Charles? By Joseph Blanco