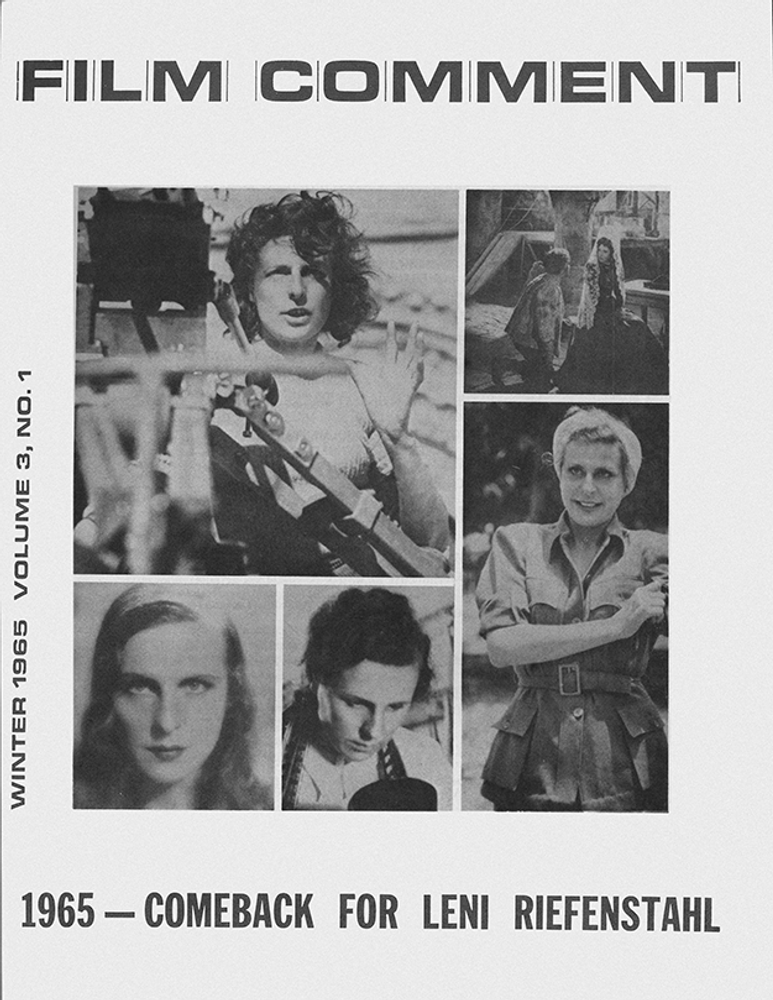 A detailed outline of Triumph of the Will

Program notes for Triumph of the Will by Marshall Lewis

A comeback for Leni Riefenstahl? by Ulrich Gregor

Can the Will Triumph? by Robert Gardner

Notes on the Documentary Film Week in Mannheim by Erwin Leiser

Woman in the Dunes review by Kirk Bond

Thoughts on Woman in The Dunes by Clara Hoover

Film Reviews: The Red Desert by Jules Cohen, Nothing but a Man by William Howton, Bay of Angels by Dolores Hitchens