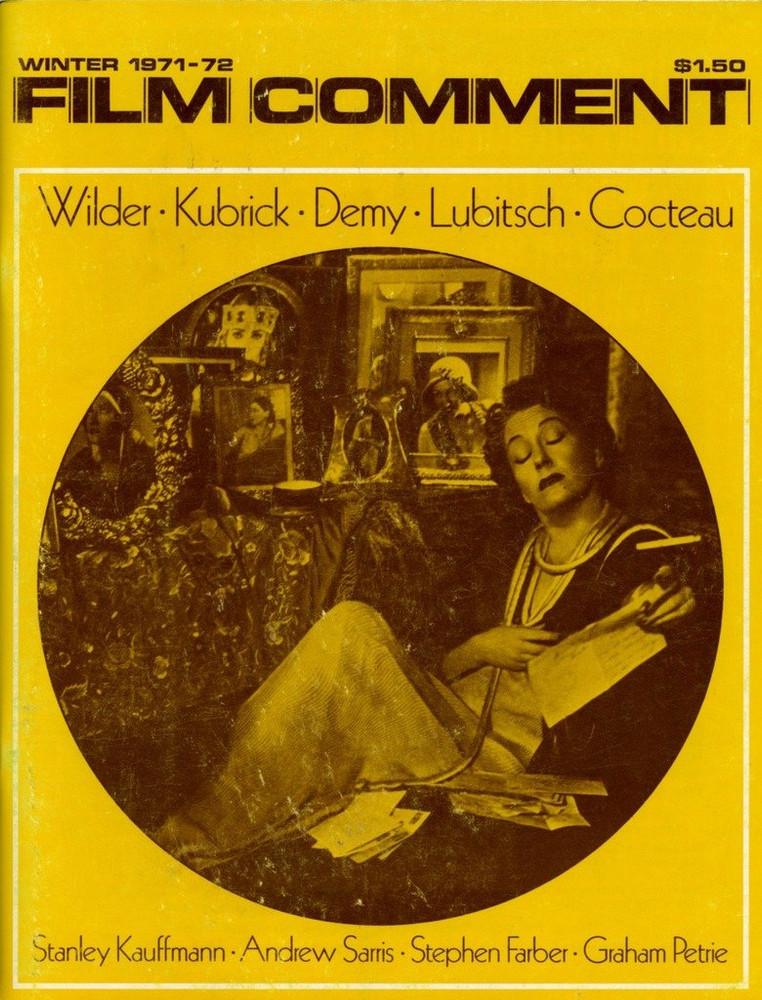 Features: The Testament of Orpheus by George Amberg

The decline of foreign films by Stanley Kauffmann

Lubitsch in the 30s by Andrew Sarris

Books: The American Film Institute Catalog: 1921-1930, reviewed by Andrew C. McKay; Frank Capra: The Name Above the Title by Frank Capra, reviewed by Jean-Loup Bourget; History of the Kinetograph, Kinetoscope and Kinetophonograph by W.K.L. and Antonia Kickson, Motion-Picture World by David S. Hulfish, The New Spirit in the Cinema by Huntley Carter, The Art of the Motion Pictures by Jean Benoit-Levy, and The Negro in Films by Peter Noble, reviewed by Lewis Jacobs; A-Z of Movie Making by Wolf Rilla, Outline Of Czechoslovakian Cinema by Langdon Dewy, and An Introduction to Egyptian Cinema by M. Khan, reviewed by Norman Kagan; The Parade’s Gone By by Kevin Brownlow, reviewed by Howard Suber